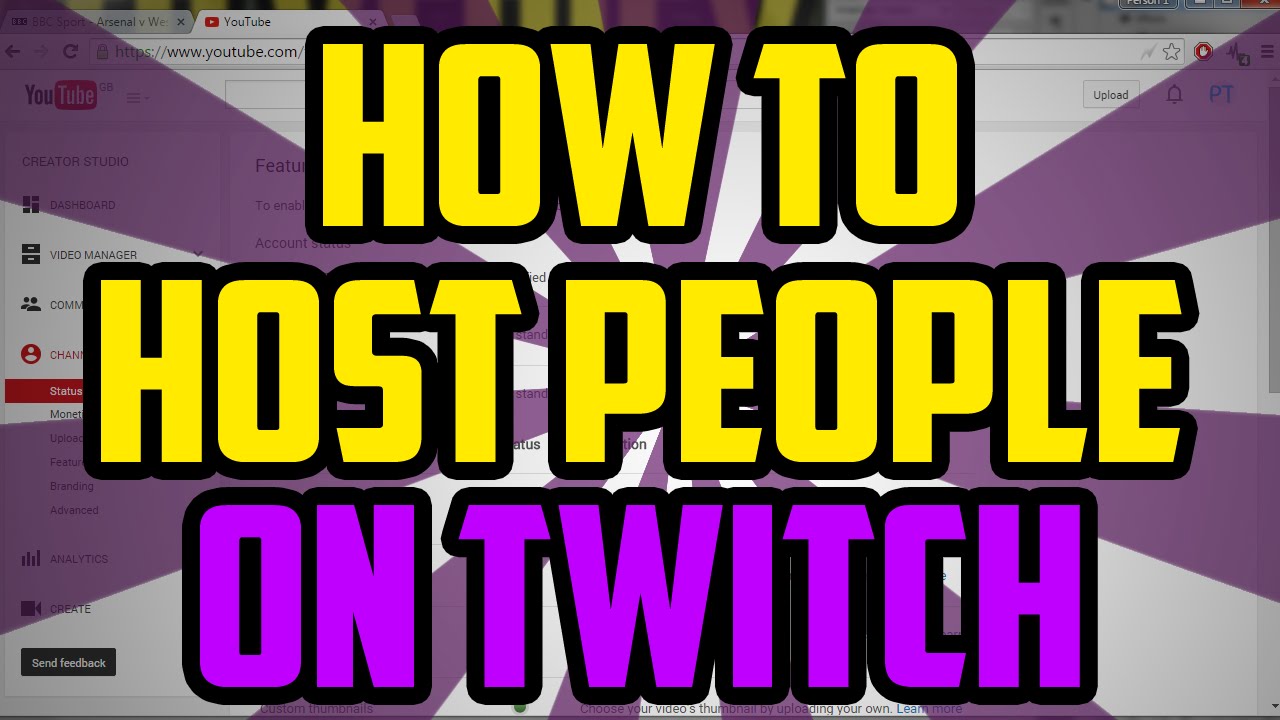 How To Host Someone On Twitch

In the current gaming world, be it for consoles, PC or mobiles, Twitch is the ultimate platform to stream your video game feed regardless. It has become the de-facto place for all the major game streamers in the world to share their content. Even various e-sports competitions like ESL, Intel Extreme Masters, Blast Pro Series, etcetera. Feeds are being channelled through Twitch these days, which shows the amount of popularity and fame the platform has gained over the past few years. Some of the main competitors for Twitch are Youtube Gaming and Facebook Gaming – both of which doesn’t even hold a candle to Twitch’s versatility and popularity.

This is why, keeping the needs of the community in mind, Twitch introduced the new Host Mode. With the help of Twitch’s new host mode, you can comfortably host any other live channel. This will help a circuit which is not that well-known when a more popular channel hosts it. So, in case you are wondering, how to host someone on Twitch, then following are some of the best ways to start hosting on Twitch.

How To Host On Twitch With The Help Of Chat

Do keep in mind that while hosting, you can change the respective channel for up to three times every half an hour. After you have done with your hosting when you’re ready to shut down the hosting, make sure to type /unhost in the chat client again.

Hosting On Twitch With The Help Of The Twitch App

If you’re not on the desktop and you’re wondering how to host another streamer on Twitch, then you’ve come to the right place. This is a solution for those people who want to host another channel on the go, just by using their smartphones. The procedure is straightforward, and you’ll be needing either an Android or iOS smartphone, to begin with.

Hosting On Twitch With The Help Of Auto Hosting

The following are some of the steps you need to follow to use auto hosting:

What Host Priority does is that you can select option whether to host the stream in the order of the channels, as they are selected on the Host List.Or you can proceed with random channels out of the Host List. You can choose either one of those two options.

Finally, your channel will be hosting other channels with the help of Auto Hosting on Twitch.

Hosting on Twitch is indeed a great way to make your channel promote other lesser-known channels. It will help the community to grow together and also keep your fans engaged even when your channel will be offline. You can also watch the Twitch stream of another channel on your channel, with your fans, and this itself will promote your channel under the Live Hosts category of Twitch. In this way, you will also be gaining new users as well.