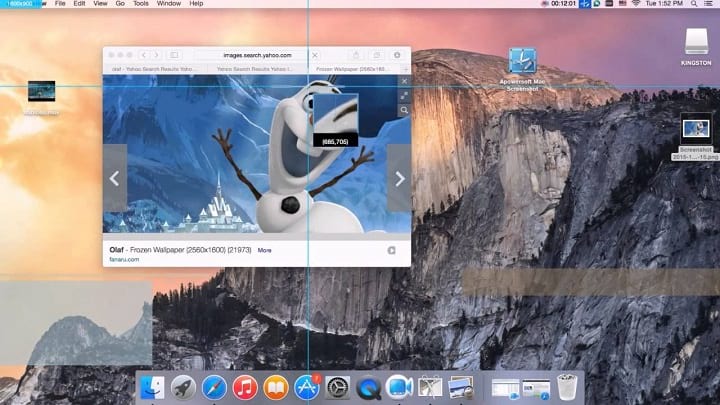 Snipping tools are very much helpful when you want to take screenshots of any app on your Mac or even the whole active window as well. There are also times when you want to capture just a small part of the screen as well – and that is where these snipping tools mainly shine. With the help of snipping tools on Mac, many bloggers and computer users have been able to fully utilise their potential on in writing articles, blogs, guides, and a lot more as well. Any snipping tool will give you the option to edit the screenshot as per your choice, and also help you save the image in various formats like JPEG, PNG, GIF, etcetera. The following are some of the best snipping tools for Mac you can get right now.

This snipping tool download for Mac is one of the best lightweight solutions you can get for capturing any part of your screen. Just like the snipping tool on Windows, you can quickly obtain any part of the screen and even use the in-built editor to edit the images as well. You can add lines, texts, arrows, and any other thing you may choose to. After editing, you can save the image or upload it to the cloud, with the option to share to anyone you like.

Snagit is another snipping tool on Mac that will help you take screenshots on your Mac computer. The program can not only be used to capture your active desktop but also can be used to record your screen as well – and that is an essential feature of this tool. The program has a lot of advanced and essential functions as well like even create animated video GIFs. You can easily edit your images via the in-built image editor. You can also add emoticons to your screenshots too, which is a nifty feature.

This snipping tool Mac is simple in what it does – capturing screens and nothing more. So, if you want a device that only excels in performing screenshots for your Mac, then Lightshot should be your pick. The critical aspect of this program is it’s massive easy to use and intuitive user interface.

You will need just some seconds or minutes to get acquainted with the functionality of the software before you proceed to use it. You will have the option to capture your entire screen or just a part of it. There is also a timer option too as well. Apart from that, you will have all the editing and social media sharing features at your disposal too.

If you want one of the best snipping tools for the Apple Mac Os, then you have to try Jing out. The main user interface is straightforward to use and pleasing for the eyes as well. There is a free as well as well as a premium version. As usual, there are timer features, drag and select feature as well as full window screenshot feature too as well. The same developers who made Snagit made Jing. Jing lets you add more effects to your screenshots and images so that your image stands out from the rest. There is Screencast.com support that allows you to upload the picture to the web directly. The major disadvantage is that the screen recording feature is limited to only five minutes.

Skitch is a snippet tool for Mac that is developed by the guys at Evernote, who has previously made the most popular note-taking application. You can easily take more than one screenshot and allow them to annotate easily without any problems. There is also support for a user interface widget as well, which again makes the process very fast and swift. You can easily attach the images to your work notes or even emails too.